Today we will dive into the subtleties of human communication. We will do it with all XYZ axles + with all incisions.

As you know, Homo erectus resolved conflicts using primitive methods—throwing rocks at one other. 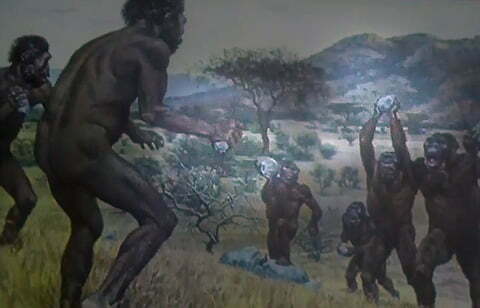 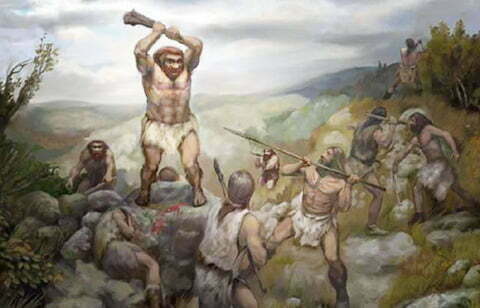 Centuries came and went, and a new civilization conquered the world—Homo sapiens, knowing how to hit one other with their tongues. 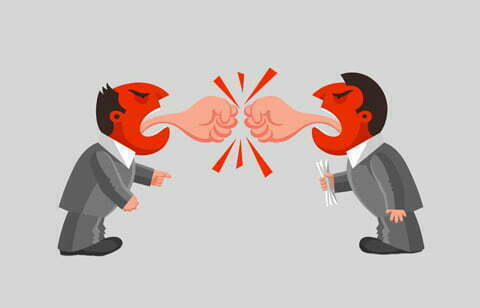 It’s easy to see. Look at the furious meetings of politicians in public places. Believe me, if scientists learn to turn anger into energy, the flying arguments in the White House could provide energy to the entire world… Even wind farms would not be needed. How much energy is wasted unnecessarily…

Because of this I doubt that the residents of this planet can call themselves human. Rather, they are two-legged creatures that don’t know how to talk with their other half (which is why more than 41% divorce). In 2020, 782,038 couples divorced. In other words, neither democracy nor technologies have managed to speed up the evolution of communication. Instead, the situation got worse. Why?

As a result of technology, people have drifted apart: the biggest communication problem

Many centuries ago, the earth ruling Homo erectus was engaging in violence together with small groups. Today, 21st-century representatives do that en masse, for example, through websites where you can leave angry comments. The sight was much crueler for those in the Roman Empire who witnessed live Gladiator fights that 50,000 spectators watched at a time. Today, the internet arena gathers millions! Here, many people combat at once, fighting on different sides of the barricade.

So, the question arises: Are we really advanced, as our tribal leaders say? (You probably heard that song “Our civilization is advanced, let’s clap for ourselves, as we are cool!!!”)

Oh yes, we reached the question that is specifically intended for you, reader!

How many people do you think in this world know how to communicate in a civilized manner? Give your answer as a percentage!

In my opinion, we 21st-century representatives are in the latent stage of communication evolution.

“But I’m sociable! I’m a good person!” will say the reader, not understanding that the regression goes just because we keep trying to separate ourselves from “those who are more stupid.” It is this kind of thinking that pushes two-legged creatures down to a mammalian-level mindset. In other words, saying, as much there are puffed up/self-important two-legged creatures, the harder it is for Homo sapiens species to overstep significant steps of evolution.

“Come on, Alex… Chill, man. Everything’s okay with this civilization and with the evolution of communication,” will say some guy who would hardly stand up for you if someone started shouting at you at work, in a shop, or on the internet.

Humanity isn’t friendly; it consists of predators and mammals, but it doesn’t really consist of humans. That’s why we hear a lot about sexual harassment and corruption, as only monsters can commit such crimes!

On the other hand, I have seen personalities that you can genuinely call HUMAN (in capital letters); those that you only meet a few times in your life. They are too few; that’s why I would dare to call them geniuses, who somehow managed to realize the importance of apathy and collective consciousness.

A human chain: Let’s talk about  firefighters & humiliation, at work, at school

It happened on an ordinary summer day on a Panama City beach. Two boys who were swimming made their way inadvertently into a relentless stream. When their mother heard her children’s screams, she and several family members tried to do something, but they also got caught into shackles—they got pulled into the stream. But something remarkable happened… By demonstrating powerful unity, strangers who were witnessing the event took action. They formed a human chain of 70–80 people (yes, people, and not two-legged creatures), lining up in the ocean, and saved all of them. These kinds of stories give us hope and inspiration. Precisely thanks to those kinds of acts, we can share and promote wisdom, humanity, friendliness, and compassion.

We must do this because our world is overflowing with bullying and coldness.

Of course, understanding others and helping them is really complicated, especially if the people who need help are trapped in a burning building. In this case, you start thinking about whether it’s worth jumping into the fire, as you can die. And hesitating is understandable. However, why do people get even more scared when they need to stand up for a victim of bullying? 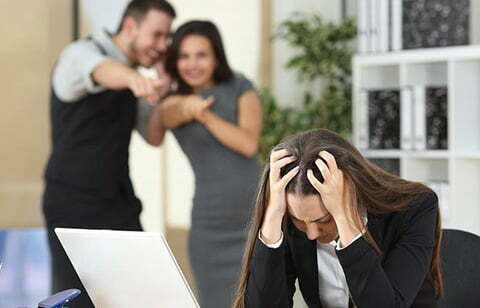 I’m talking about those wolves/vultures that go around mocking classmates and colleagues. Rarely will someone start fighting against a bunch of harassers, even though they know that they won’t get physically burned in the process of standing up for their victims.

Think about it. During a rescue, firefighters don’t sort people into whether they are good or bad—they save everyone entrapped in the fire. However, when you BURN with humiliation, at work, at school, several of them start to pull you away from the fire of humiliation. Even the school directors avoid it. Do you think I don’t know what I’m talking about? You won’t believe me, but I was faced with mobbing when I got one of my jobs. I was almost 30, but I found myself unable to handle this situation. I just didn’t know how to react. Although I told the director, he didn’t have time. I didn’t know how to solve it; I lacked knowledge.

The great discussion about modern society and communication

If we were to engage in a roundtable discussion about this problem with smart people, we would hear Jordan Greenhall saying: “In today’s society, there is a lack of wisdom.”

Famous philosopher (specializing in the area of ethics) Christian B. Miller would add: Yes, there is a gap between our moral values and actions, but we can make it smaller by motivating people to have an interest in morals.

Romanian psychologist Corneliu E Giurgea would say: However, you need to understand; humans cannot wait a million years for evolution to offer them a better brain; that’s why we have to act now.

Unknown philosopher (because philosophy nowadays is an unpopular business) D. Heyrman would nod his head in agreement and, after drinking a glass of water, state:

We need to understand that we, as an animal species, have potential; however, we are still not wise enough. The technologies are progressing faster than our brains; we have already committed nonsense. Remember Nagasaki, Hiroshima. We have to invoke the most effective intellectual development tool; otherwise, our generations will get a poor soup of values. We can reach this only by getting closer to each other, understanding and supporting each other. Only by communicating like humans can we pass it onto our descendants, which they would be proud of. You can do this only through communication and training in empathy skills. Only this way can we hear each other out and start growing. Otherwise, young people won’t have the human qualities to listen. Only with the help of these processes can we become something more than animals. How do we achieve this? You should start within yourself and share the news with the world; this is exactly what I call investment into humanity.

Alex Monaco: I am sorry to interrupt your conversation; however, I have some ideas! I think you need to advertise your works better… and do it better than Jacque Fresco would have.

Alex Monaco: I can promote your thoughts to millions of readers. It will take a lot of time, but I know how to do it. The more we do it, the more readers will know about the methods with which we will be able to speed up the process of humanization.

By the way, I already wrote articles about it, clarifying our mission, explaining what’s worth reaching for and how exactly we can speed up the revolution of wisdom.

More articles on this topic:

The Most Important Message (and Value) of All Times
What Should You Listen to More Often: Heart or Logic?
Media Titanic: the Truth About News

Sources:
Why evolution made forgiveness difficult
The Origins and Evolution of Hate, With Notes on Prevention.