As you have already found out, guys who have beautiful bodies, new cars get less respect and recognition than they expect. Certainly some people won’t agree with me, as they will say:

“Really, Alex? You are talking about respect and achievement? Have you seen my car? I worked saving up for it for two years! Are you saying I’m not worthy of respect?”

I have a few words for this guy: Hey, the owner of a car. It’s nice that you have a well-painted piece of metal. But many have boxes on wheels. There are over 1,4 billion cars in the world. What makes you special when others have cars? Even if you have a Ferrari, you are not special, because there’s more than 200,000 Ferrari built and sold cars. On the other hand, it would be enough to spend time with you in your car and see how you behave when somebody blocks your way with a red Golf or deep blue Renault.

(By the way, when I had an old Renault, I once encountered a problem. I had to stop at a bus stop when my engine stopped. I wanted to push the car out of the way so it wouldn’t obstruct the public transport, but I didn’t make it. The bus driver came running like Godzila. He started shouting. I tried to calm him, but he didn’t listen. When he calmed down, I asked him to help me push…)

“Hey, what about me? How am I to you?” will ask an owner of a perfect body. 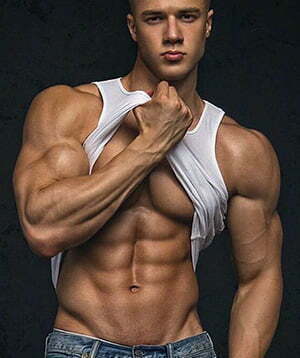 Not a bad body, man! Not bad at all! However, this image says nothing. I’m unable to see whether you are helping your grandmother in the evenings. I understand; you value physical beauty. However, a beautiful body cannot reveal information as to whether you have studied etiquette or accept criticism from others in a civilized manner. This is not to say that all athletes or bodybuilders are stupid, as some really have humanity, but it’s impossible to assess it from a photo.

In other words, you made a big mistake. Why? You pushed yourself into activities of a male model, where people only value you by your external appearance, and….

“And what about my office? It is big! I always wanted that,” a businessman will interrupt.

Oh yes you’ve got fuck*** amazing office! Now I know that you are successful. Nice! Let me shake your hand for the successful business, but only for the business. Now tell me, how do you behave during a conflict?

How can you measure the level o wisdomness?

How can you measure the level of morality and wisdom in someone? The answer is simple: You can understand these things after seeing how one behaves facing angry people, or bad comments, criticism.

This is one of the best ways.

The same thing perfectly applies to you too, dear reader.

Yes, I’m talking about you, someone who approached this article, in which the nectar of truth is hidden that will reveal the true secret of recognition. Oh yes, this article is based on the knowledge of many philosophers and psychologists who knew the true values ​​and a correct formula for recognition or you can call it „The respect formula”

I’m talking about this formula:

Unfortunately, but many use the wrong formula. Such people try to reduce their mistakes. They think their value depends on what they have around them (houses, things, money). But real respect comes when people see your inner strength. Yes only from your reaction to problems can it become clear whether:

It means that each conflict / problem is an opportunity—the proven way to show how much strength and intellectuality is hidden in you.

In other words: PROBLEMS + CONFLICTS ARE AN OPPORTUNITY TO SHOW YOUR VALUE!

Answer me, why did Muhammad Ali remain a known figure in history? Is it just because he had no problems at all? I believe, you remember, the fact RELATED TO Ali and the U.S military? Once, they tried to send ALI to fight in another country, but he refused; this created conflict. He got tons of criticism. What happened next? Muhammad Ali took the opportunity to show his level of wisdom. He used criticism as an opportunity to prove and show his courage and strength, as well as his ability to smile during an intellectual fight. White people didn’t like him those days, but he didn’t care—he used opportunities and very often showed the middle finger to the problem illusion. Therefore, Muhammad Ali remained in history.

Would you like to have as much courage as he had?

So learn from him. When faced with problems, smile and use them!

For example, when someone tells you that you are a fool or laughs at you online, immediately remember what I said—show wisdom!

How to get the most out of bullies who criticize you.

Sometimes we get a bouquet of humiliation at work or on the Internet. It causes emotional waves. Unfortunately, this is not easy to be strong when someone barks on you because it involves habits. But you have to be strong. You have to learn to take advantage of opportunities when they try to spit on you.

Taike an example from people who looks wisely at critics. One of them is Jordan Peterson. Did you see his discussion with people who offended him? It is amazing how he maneuvers conversations. You can tell him the most terrible things, and he will sit still and answer.

This is precisely how it needs to be observed in public, online, in a shop, or a place with no cameras.

So, if you want to prove your wisdom, increase your worth, learn to react wisely to criticism…

On the other hand, I suggest you forget about your worth. Always try to raise the value of others. If you succeed, you’ll rise with them beyond standard thinking and earn a lot of respect for it.