Years ago, humanity decided to send the most important message to other civilizations. At first, it wasn’t clear how this would happen, but a charming man named Carl Sagan proposed a solution—to burn a golden informational disk and place it in a spacecraft called Voyager1. People liked this idea. They began to wonder what exactly to record onto the golden disk. Someone suggested sending a photograph of a nude man and woman showing all their bodily “details.” This idea was met with much resistance. Someone started to yell, “Nonsense! We will not ship pornography to other planets!” A quarrel arose; an explosive debate. Ultimately, only images of the contours of their bodies were recorded onto the disk. 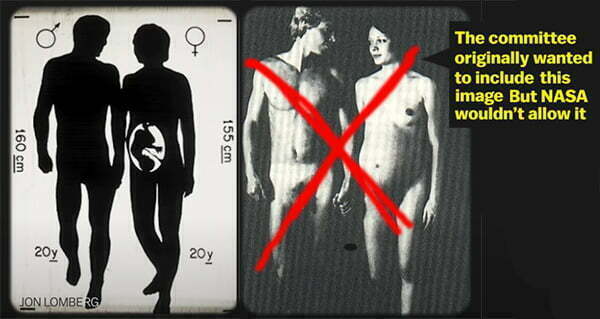 They also decided to add various images, sounds, and a message by the United States’ then-president. I got the most important excerpt from that message: “…..We are attempting to survive our time, so we may live into yours. We hope someday, having solved the problems we face, to join a community of galactic civilization…..”

When the GOLDEN record was mounted onto Voyager 1, humanity, holding their breath, pressed the “Start” button! Prrrrrrrrrrrrrrrrrshhhhbhhuuuuuuuuuuu! More than 43 years have passed. The golden “message” has made tremendous progress (having traveled 21 billion kilometers away from Earth), something that cannot be said for humans since we have remained where we were, in deep shit, morally and spiritually. While humanity has made advances in advertising and the drugs industry and has managed to produce and sell over a billion Barbie dolls, it did not add value to humankind. Time was flushed down the toilet, so if humanity eventually decides to send a message to other civilizations again, it would have to be a repetition of the message we sent 43 years ago: “We hope someday, having solved the problems we face, to join a community of galactic civilization.”

So, let’s bring up the question, “What’s next?” What should humans be striving for? What are our goals, and what are the key issues to be addressed? And does it even matter? And why did I bring this topic up at all? Maybe it’s better to order fries from McDonald’s via DoorDash and connect my brain to an entertainment source?

But I care, so f*ck entertainment!

Let’s talk about the fundamental problem of humanity!

“Waaaaait, waaait, Alex! Some organizations know what goals are the most important!” an interlocutor will say, interrupting my thoughts. Okay, let’s dive into it deeper!

One organization suggests paying more attention to tolerance, while another suggests focusing on how to solve the issues related to corruption. Yet another organization (the Department of Economic and Social Affairs) has announced 17 key priorities, the most important of which is poverty. And the World Economic Forum stressed that the most significant problems facing the world are: a) climate change; b) wars; c) income inequalities. As you can see, organizations pursue different goals, and this causes several sore problems: 1. By focusing on other objectives, organizations divide humankind into smaller groups, thus reducing all humanity’s effectiveness. It ensures that human society has varied missions and not just one common one. 2. Organizations do not solve problems because they work separately and…

So I have a solution!

Yes, I know what to strive for.

I know where the sorest problem lies!

Dear organizations: First, you should understand each other.

“Alex, do you think understanding each other is important? What nonsense are you talking about?” will shout out a critic who doesn’t know that the Economic and Social Department also wants to work on a “Partnership for Achieving Goals!”

Oh yes, I’m glad that the Department of Economic and Social Affairs has not forgotten this VITAL GOAL. Despite this, they made a huge mistake because the “Partnership for Achieving Goals” ranks last among 17 objectives. But hey, how can people solve problems TOGETHER if they don’t think understanding each other is the most important thing? It’s time to grow up, my dear boys and girls! If you don’t change tactics, you will have to continue simulating the work, dear organizations!

As the Economic and Social Department and other organizations are doing poorly, they should start from the beginning.

Anyone who will want to do more without taking the first step will inevitably have to go back to the beginning.

Do you want to achieve something great? First, you should learn to understand others. This is the first step. You can only go further once this step is accomplished. Or maybe I’m wrong? Imagine getting married without being friends with your partner or having a very loooooooong conversation regarding values and common goals. As you understand, we’re talking about the partnership for Achieving Goals. Oh yes, it is more important than the development of combat weapons because if the parties understand each other, no weapon would be needed! It’s true, collaboration is much more important than launching a spaceship to Mars, as cleaning your house first is much more important, my dear ones! So let’s start with the basics, beginning with changing priorities. I know this is difficult, as those who will try to do this will face several problems:

a) Few people care about it. The University of Oxford has set up an institute called the Global Priorities Institute, but few benefit from its work. The research of this institute is still lying on dusty shelves.

c) Poor awareness of the importance of shouting aloud about the problem (poor communication). On the Internet, we can find documents (such as “1”) that hardly anyone knows about because organizations only focus on work, forgetting to focus on advertising the vital message.

d) Even if you spent 10 billion dollars, it wouldn’t help because there hasn’t been enough research conducted on what precisely needs to be done to make the action work (effective altruism). Denise Melchin from the Effective Altruism Forum confirmed that people working in the organization are not satisfied with their achievements because hardly anyone cares about what the “effective altruism” representatives offer.

Let’s remember what I said. I discussed the meaning of understanding one another, and I highlighted the importance of effective altruism without which all our efforts will melt like ice cream on a hot summer day. I wholly believe that only by becoming aware of these things can we create a good, workable plan. Or am I wrong? Maybe someone already has a plan? Let’s knock on Donald Trump’s door and ask him a question: “Mr. Trump, what is the most important problem humankind has to deal with today? And what can be done so that humanity does not feel ashamed of itself? Or what can be done to make humanity exemplary, civilized, and our children wanting to follow in its footsteps?”

What do you think Trump would answer after hearing these questions?

WHAT ABOUT THE FUTURE? The Most Important Message of All Times

I am 100% sure that the day will come when humanity will send another message to other civilizations. I hope they’ll use these words: “We have been strangers (to ourselves and others) for a long time because we weren’t focused on building a mutual relationship. That is why we decided to change the education system. Education worked. People began to respect nature and value the religions of others and the life of every human being. Eventually, all iron weapons were frozen. The biggest changes came when educational institutions started teaching children the art of communication and emotional management. Only by helping each other discover inner happiness and peace were we able to become a race of wise people.”